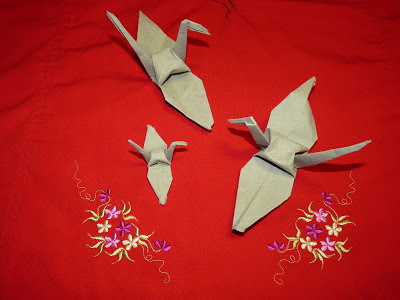 ﻿Until apple-cheeked school children and beloved teachers died in a blizzard of bullets in Newtown, Connecticut, pension fund managers, Wall Street hedge fund owners and other investors were looking for another kind of killing—a financial one—from their considerable shares in gun manufacturing firms.

Now a shocked news media is rushing to unveil the long hidden shadow behind the long string of massacres by homegrown gunmen armed with military assault weapons aimed at fellow citizens.

The New York Times reported more details in a business column: “It is often overlooked, but some of the biggest gun makers in the nation are owned by private equity funds run by Wall Street titans. The .223 Bushmaster semiautomatic rifle that was used on Friday by Adam Lanza to massacre 20 schoolchildren was manufactured by the Freedom Group, a gun behemoth controlled by Cerberus Capital Management, named after the three-headed dog of Greek myth that guarded the gates of Hades. Its founder, Stephen A. Feinberg, hunts regularly on the weekends with a Remington Model 700.”

Within hours of these news reports, Cerberus Capital Management, based in New York City, announced that it is selling its stake in the company that makes Bushmaster rifles. But news reporters across the nation were now on the trail like baying hounds hot on the heels of the usually wily foxes of Wall Street. Bloomberg News tracked down Feinberg’s father at his retirement home in, of all places, Newtown, Connecticut and asked for a comment on the shooting rampage that tore up the heart of a community school, an outrage committed by a local boy with the loaded Bushmaster belonging to his mother, who was also killed reportedly by one of her collection of semi-automatic guns.

“The New York State Common Retirement Fund, which manages $150 billion, is also reviewing its investments in gunmakers, according to Eric Sumberg, a spokesman for State Comptroller Thomas DiNapoli,” Bloomberg News reported. “As investors, we support Cerberus Capital Management for taking action today to sell its stake in the Freedom Group,” Sumberg said today in an e-mail.

“New York City pension funds are reconsidering about $18 million in the stocks of Smith & Wesson, Sturm Ruger and two other companies whose businesses include gun manufacturing. ‘We are currently conducting a review of our holdings and aggressively exploring all options, including divestment,’ Matthew Sweeney, a spokesman for Comptroller John C. Liu, said in an e-mailed statement.”

Until Friday, the gun manufacturing parent company had a good year, Reuters reported: “Cerberus bought firearms maker Bushmaster in 2006 and later merged it with other gun companies to create Freedom Group, which reported net sales of $677 million for the nine months ended September, up from $565 million the same time a year ago.”

Other reporters tracked down the financial link between the gun manufacturer and the California teachers pension fund, which quickly announced it was reviewing its massive investment in the Cerberus hedge fund.

“California's teacher retirement system owns hundreds of thousands of shares in the two publicly traded gun corporations according to the system's equities documents, for a total worth of approximately $6 million…

“As sales of traditional hunting rifles and shotguns have declined in recent decades, sales of military-style assault weapons to civilians have become a major profit-driver for gun companies,” The Huffington Post noted, “making any new gun control regulations a major financial threat for the entire industry, analysts said.”

Confronting the War at Home


As US military forces roam the world in search of enemies to fight, folks back home are under assault by suicidal, mayhem-bent sons and neighbors wielding military assault weapons. America’s relentless war on terrorism—i.e., on people using mass violence against the globally expansive American way of life—has come home in terrifying, terrible ways.

“We can’t tolerate this anymore. These tragedies must end,” President Obama said Sunday at a prayer vigil in Newtown, Connecticut, where a 20-year-old local resident killed 20 school children, six teachers and administrators, his mother and himself in volleys of shots in a war on the community where he was raised.

The military solution would be to declare martial law, station troops at every school, shopping center and every other public gathering place, marshal special operations teams to break down doors at every home and apartment that military-intelligence found reason to believe may harbor hidden weapons of mass destruction.

That’s been the American way of war for the past decade and more in Iraq and Afghanistan. It’s been very popular in American video games, movies, TV shows. And it’s been a fatal attraction for many young men in American communities whose minds became unhinged in a society that apparently worships military-style violence.

“We have to change,” our commander-in-chief said in Newton. Obama could lead off by ending the war on terrorism in Afghanistan and elsewhere around the world. Americans are dying across America of the consequences of waging such violence abroad.

The rest of us will have to decide if we have the courage of the teachers at Sandy Hook Elementary School in Newtown who died confronting a hometown gunman wielding a military-style arsenal made in America.