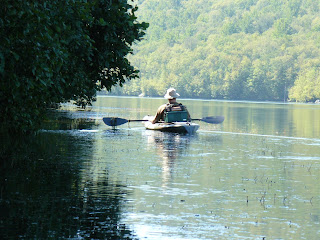 “Vote as if the Climate Depends on It”

That’s the headline of a call to action by Bill McKibben in The Nation recently. This clarion call by the founder of 350.org to counter Donald Trump’s disastrous environmental policies in November’s presidential election also appeared in Rolling Stone and other publications.

Endorsing the Democratic ticket of Joe Biden and Kamala Harris, McKibben stated “their climate plan is the farthest-reaching of any presidential ticket in history. More to the point, we can pressure them to go farther and faster. Already, seeing the polling on the wall, they’ve adopted many of the proposals of climate stalwarts like Washington Governor Jay Inslee. A team of Biden and Bernie Sanders representatives worked out a pragmatic but powerful compromise in talks before the Democratic National Convention; the Biden-Harris ticket seems primed to use a transition to green energy as a crucial part of a push to rebuild the pandemic-devastated economy.”

Furthmore, he added, “they’ve pledged to try to lead the rest of the world in the climate fight. The United States has never really done this. Our role as the single biggest producer of hydrocarbons has meant that our response to global warming has always been crippled by the political power of Big Oil. But that power has begun to slip.…”

Despite Biden’s reluctance to rein in the hydro fracking industry in his home state of Pennsylvania, his campaign platform endorses the goals of many states to phase out fossil fuels by 2050, with a major milepost “to achieve a carbon pollution-free power sector by 2035.”

Other steps in Biden’s proposed transition includes hiring former coal miners and other workers to cap old, leaking oil and gas wells, and safely close and remediate abandoned coal and uranium mining sites that are polluting local waterways and communities. “Biden will also hold companies accountable for the environmental damage of their operations, including by clawing back golden parachutes and executive bonuses for companies that shift the environmental burdens of their actions onto taxpayers,” his website added.

Another transition step, long sought by many environmental activists, would create a Civilian Climate Corps that would hire diverse people “to work conserving our public lands, bolstering community resilience, and addressing the changing climate, while putting good-paying union jobs within reach for more Americans, including women and people of color...” This plan would build on the pioneering work of the Civilian Conservation Corps during the Great Depression that marshalled an army of young men and military veterans to replant logged out forests and create campsites, trails and other infrastructure in state and national parks.

Addressing a major problem that many communities in cities and rural areas have faced for decades, Biden pledges to “ensure that frontline and fenceline communities are at the table when enforcement, remediation, and investment decisions affecting those communities are made. Biden will ensure working groups on these issues report directly into the White House, so that communities facing the dual threat of environmental and economic burdens have access to the highest levels of the Biden Administration.”

Bill McKibben’s call to vote for Biden and continue pressing him to deepen his environmental plan should be widely shared.