Herbert Mitgang, one of my major influences in becoming a journalist, died this week at age 93. Here’s how the Authors Guild, which he served as president for many years, noted his passing:

“Herbert Mitgang began his distinguished writing career as an army correspondent for Stars and Stripes during World War II; he would soon become managing editor, first for the paper’s Oran-Casablanca edition, then for its Sicily edition. After the war, Herb joined the staff of The New York Times, where he would work for nearly five decades. (He also immediately became a writers’ activist, serving on the executive board of the Newspaper Guild of New York from 1948 to 1949.)”

When I met him in 1971, he was a member of the editorial board at The New York Times. He took an interest in a scathing antiwar essay I sent to the Times and dropped by the tiny office of Vietnam Veterans Against the War in New York to meet me. Shortly after, as VVAW conducted an encampment in Washington, DC, calling for an end to the war in Vietnam, my essay prominently appeared at the top of the op-ed page of the Times, titled “Why Veterans March Against the War.”

Mitgang stayed in touch, encouraging me to write about the Vietnam war as I saw it. In the spring of 1972, the Times’ op-ed page, where he was an editor, published a highly unorthodox selection of poetry from Winning Hearts & Minds: War Poems by Vietnam Veterans, introducing to an international audience a self-published collection that I coedited, published from my apartment in Brooklyn.

In subsequent years and decades, Mitgang, who was also a wide-ranging author and magazine writer, was my model for combining a journalism career and activism encouraging wider civic participation on war and peace issues.

Having served as a soldier-correspondent in World War II, Mitgang went to Vietnam to review coverage of the war by CBS News and came away convinced that the fuller story beyond U.S. combat operations wasn’t being reported.

Some insight into his stance on the Vietnam war at the time I met him can be gleaned from a passage in a book review he wrote in 2000 that appeared in Newsday: “Columnists and editors on the same newspapers were divided about the conduct of the war. For example, The New York Times editorial page opposed the escalation of the war and the human and environmental damage caused by the intense aerial bombing, while some of the important news editors on the paper supported the war effort and disagreed with the editorials.”

As I forged my journalism career, I was greatly encouraged by Herbert Mitgang to report it the way I saw it. My poetry was also influenced by his insight that the best writing on war is by soldiers. In Civilians Under Arms, a history of the Army newspaper The Stars and Stripes, he wrote: “For the G.I. poetry was the Greek chorus of his conscience, emerging in language of humor, protest and beauty.”

For more information:
http://www.nytimes.com/2013/11/22/books/herbert-mitgang-wide-ranging-author-and-journalist-dies-at-93.html?_r=0
Posted by Jan Barry at 9:32 PM No comments: 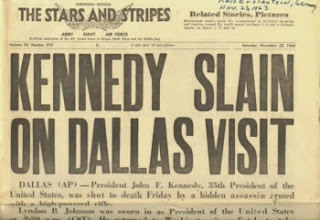 And so began my unexpected, emerging career of asking questions, rather than salute and blindly follow orders.
Posted by Jan Barry at 4:07 PM No comments:

Speakers at the event include retired state Superior Court Judge Barbara Curran, who serves as a pro-bono counsel for veterans seeking disability benefits and other services; Jim Fallon, of Hoboken, a veterans service officer with the Disabled American Veterans; and Benjamin Levine, a U.S. Navy veteran and Hackensack-based lawyer who is organizing the mentoring program.

“The idea is to focus mentors to work with veterans who need assistance,” said Levine, who served in the Navy as a pilot. “Who better to understand the problems of veterans than a veteran.”

“This project seeks to identify veterans as soon as possible after they enter the criminal justice system, and when needed, provide referrals to community resources to address the unique services required by veterans. Those services could include substance use/abuse treatment, mental health counseling, securing veterans’ benefits and if necessary, mentoring by a fellow veteran,” states a summary of the project on the New Jersey Judiciary website. The goal of the project is to aid veterans to overcome or change “behaviors that led to their criminal justice involvement.”

In addition, the mentoring program will assist veterans who potentially face legal problems. The program is seeking honorably discharged veterans of all branches of the U.S. armed services to serve as mentors.

“We’re looking for men and women willing to serve as, essentially, ‘Battle Buddies’ with fellow veterans in the court system,” said Levine. “We are seeking veterans with a variety of life experiences, from college students to older veterans active in community and veterans’ organizations.”

The mentoring program will include training sessions for volunteers and be developed through the assistance of the Administrative Office of the Courts of New Jersey, the New Jersey Department of Military and Veterans Affairs, county veterans service officers, college veterans affairs officers, and veterans service organizations.