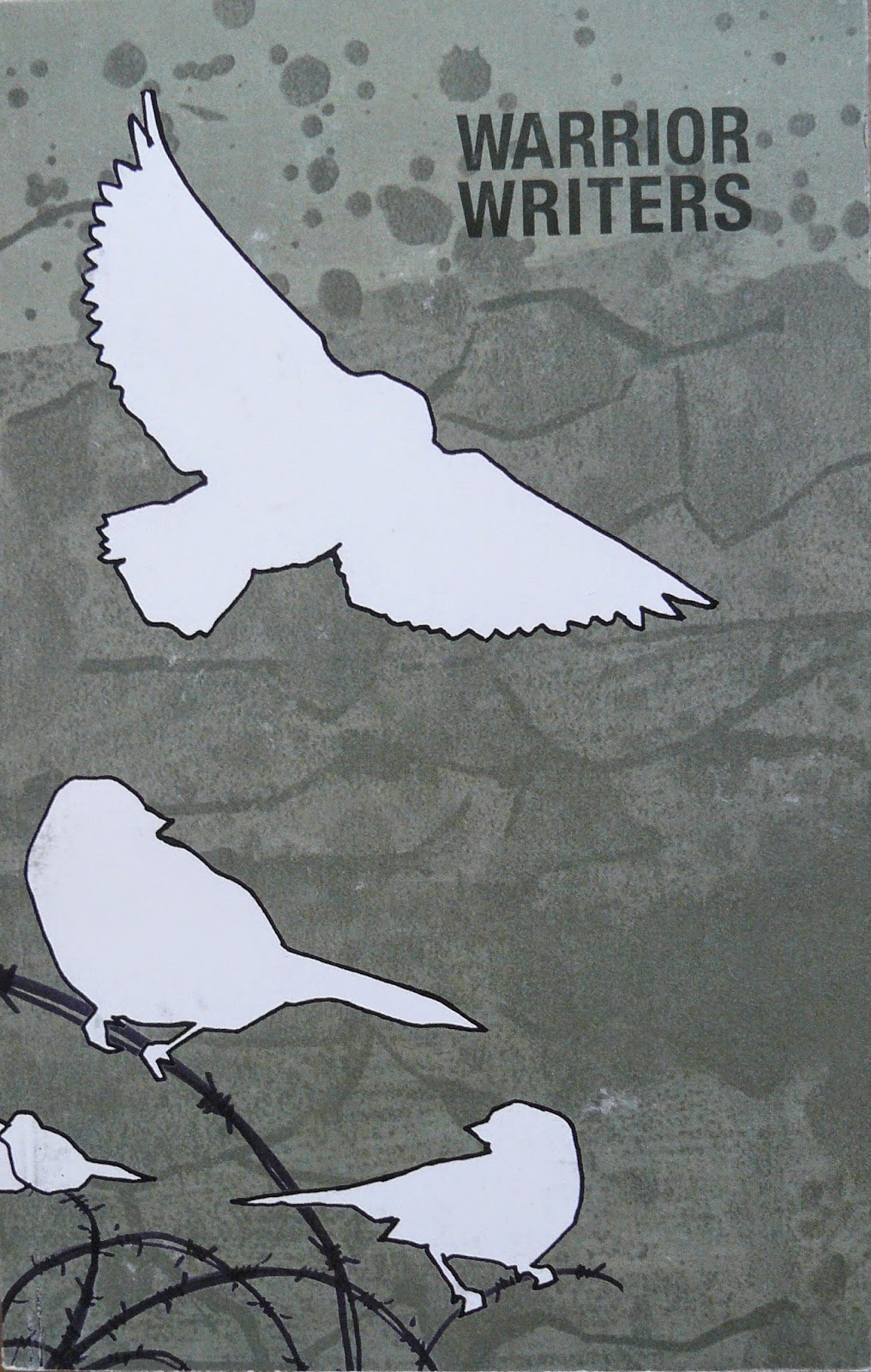 A literary patrol of Warrior Writers poets will be performing Thursday, July 24, at Noon on the green in Military Park, Newark, NJ. The free public event is part of Lunchtime Poems in Military Park, showcasing a selection of poets scheduled to read in the 2014 Geraldine R. Dodge Poetry Festival at the New Jersey Performing Arts Center in October. Military Park is off Broad Street and Park Place in downtown Newark.

Warrior Writers poets reading on Thursday are Jan Barry, Kevin Basl, Sarah Mess, Walt Nygard, Eli Wright and James Yee. Selections of their work are included in a new anthology, Warrior Writers: A Collection of Writing and Artwork by Veterans, published by Warrior Writers, a nonprofit arts organization based in Philadelphia, PA.

Jan Barry, of Teaneck, is a poet and writer who served with the Army in Vietnam, author of Life After War & Other Poems (Combat Paper Press) and co-editor of Winning Hearts & Minds: War Poems by Vietnam Veterans, among other works.

Kevin Basl, an Army veteran of Iraq, is a workshop facilitator with Warrior Writers and Combat Paper NJ, based at the Printmaking Center of New Jersey in Branchburg, NJ

Sarah N. Mess, of Branchburg, served in an Army medical unit in Somalia.

Walt Nygard, of Teaneck, served with the Marines in Vietnam. Author of The Summer Joe Joined the Army (Post Traumatic Press), he is a writer, artist and paper/print-maker with Combat Paper NJ.

Eli Wright served as a combat medic in Iraq. He is an instructor for Combat Paper NJ, providing workshops for veterans and active duty soldiers at VA facilities, military bases, colleges and art galleries along the East Coast from Maine to Virginia.

James Yee is a former Army Chaplain for the military prison at Guantanamo Bay. Author of For God and Country: Faith and Patriotism Under Fire, he is a facilitator with Combat Paper NJ.